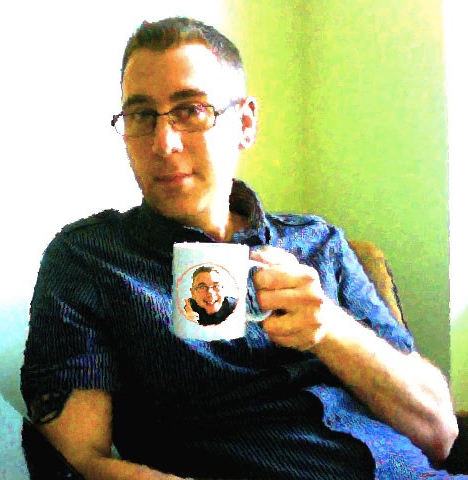 Being compassionate is vital to lifting people from despair, but there should be a health warning.

By setting myself up as the guy who could help – like I was the frickin Equalizer or something – I set the stage for my mental health issues. I bought shares in other people’s dramas, and these added taxes served to crush my own happiness.

As far back as the dark times – in the early 1990s, before because internet, if a friend got into trouble, I was there for them. I got into a few tricky situations – sometimes facing violence and the occasional shunning. Sometimes this kind of loyalty came at the expense of other relationships.

But that’s okay, because you’re supposed to help your friends right?

Back then we were in our twenties, and the majority of our relationships were in real time. The rest were pen pals. We didn’t necessarily know it back then, but when you hit your forties there should be no excuse: we should know that we can’t always save someone from their own actions. Some people invite stress. It’s who they are, simple as that. The world is not against them – they create their own dramas and as loyal friends we jump into the imagined quicksand.

In the 90s, our friends were living individuals. Thankfully (hopefully) we still have them, but now in the age of Twitter politics, our friendships have widened to political issues and global movements.

Now half the world is our friend, our comrade, and we’re all part of a brotherhood, sisterhood, or xterhood in suffering. Everyone else is either a weeping snowflake, or literal Hitler. If we see digital trash talk on social media, we’re on the digital scene immediately, armed with intellect, logic, reason, religion, patriotism, humanism, and fake news. We stand up for our friends – global issues – and share in their digital suffering because that’s what friends do, right?

Just like it was in the 90s, with our drama-magnet friends, some of our new ideological friends just keep doing it to themselves.

Witnessing someone’s troubles, it’s hard to stand aside and watch them crash and burn, but… taking sides in a drama has physical consequences. In the end, we’re chemistry, and stress is a killer. Anxiety is sickening.

The world seems like such a shitty place, overrun by schmucks, and we stress over getting sucked into a bellend vacuum. We want to help our friends, and contribute positively to society. But ideologies don’t care about us. We suffer for them, taking and hurling abuse, and eventually enduring anxiety and depression.

Your newfound Internet friends are killing you.

I wouldn’t suggest abandoning your friends. By all means, if you’re up for it, fight the good fight for your cause. But just remember: your friend – even if it is a global movement – can still be a drama queen. There are voices within every movement that are just…insane. Their drama makes you sick.